The European Charter of San Gimignano, was born in the occasion of the second International Festival of “Circomondo” Social Circus (Festival of Social Circus made by Carretera Central Onlus) it is a project dedicated to the unaccompanied migrant minors. The Charter it’s promoted by the Carretera Central Onlus, with the patronage of San Gimignano’s municipality and with a large partnership; the project aims to an unique plan of action among the European states that recognise the fundamental rights to the unaccompanied migrant minors . The European Charter  is a colored awning, a caravan, a vehicle, a megaphone, a “cultural way” of pressure and a positive lobbying; it is the promotion to a real “campaign from grassroots” that involves the Institutions in every Country UE, the civil society and the single European citizens around the values of the solidarity, of the reception and of the civil rights for the unaccompanied migrant minors.

WHY THE UNACCOMPANIED MIGRANT MINORS?

In 2016 arrived in Italy 28.000 minor migrants and 25.000 of them are unaccompanied. They are children, guys completely alone, forced to deal with a trip into the unknown to escape from their realities. A hard and dreadful trip also for the adults, a trip for hope often betrayed by an European institutional system that (once arrived) instead of welcoming  forgets them  and makes them disappear. A system that doesn’t consider them like children but a “problem to be resolved.”

According to what  the Journalist Luca Attanasio said “San Gimignano is at the same time a World Heritage site and Heritage of humanity”. San Gimignano is the place that granted the second edition of Circomondo Festival – Social Circus and with its participation demonstrated that cares about the social immigrations problem. Circomondo and San Gimignano, so, represent that spirit of collaboration and supporting on which the Charter founds and for which (the same) Charter was born.

THE PATH OF THE CHARTER

A series of meeting, during which to propose the adhesion to a Municipalities, Cities, Organisations and local ONG: next certain stages, in Italy (Sicily, Calabria, Basilicata, Campania, Marche, Lazio, Tuscany- Florence, Lombardy-Milan). A big International meeting in San Gimignano will conclude the path: with the definitive text of The European Charter for the Rights of the Unaccompanied Migrant Minors, the caravan will start again for its adhesion campaign throw all Europe,  finally returning to the European Parliament (where the Charter has already been introduced).

Click here to read the history of the Charter.

The text of the Charter of San Gimignano. 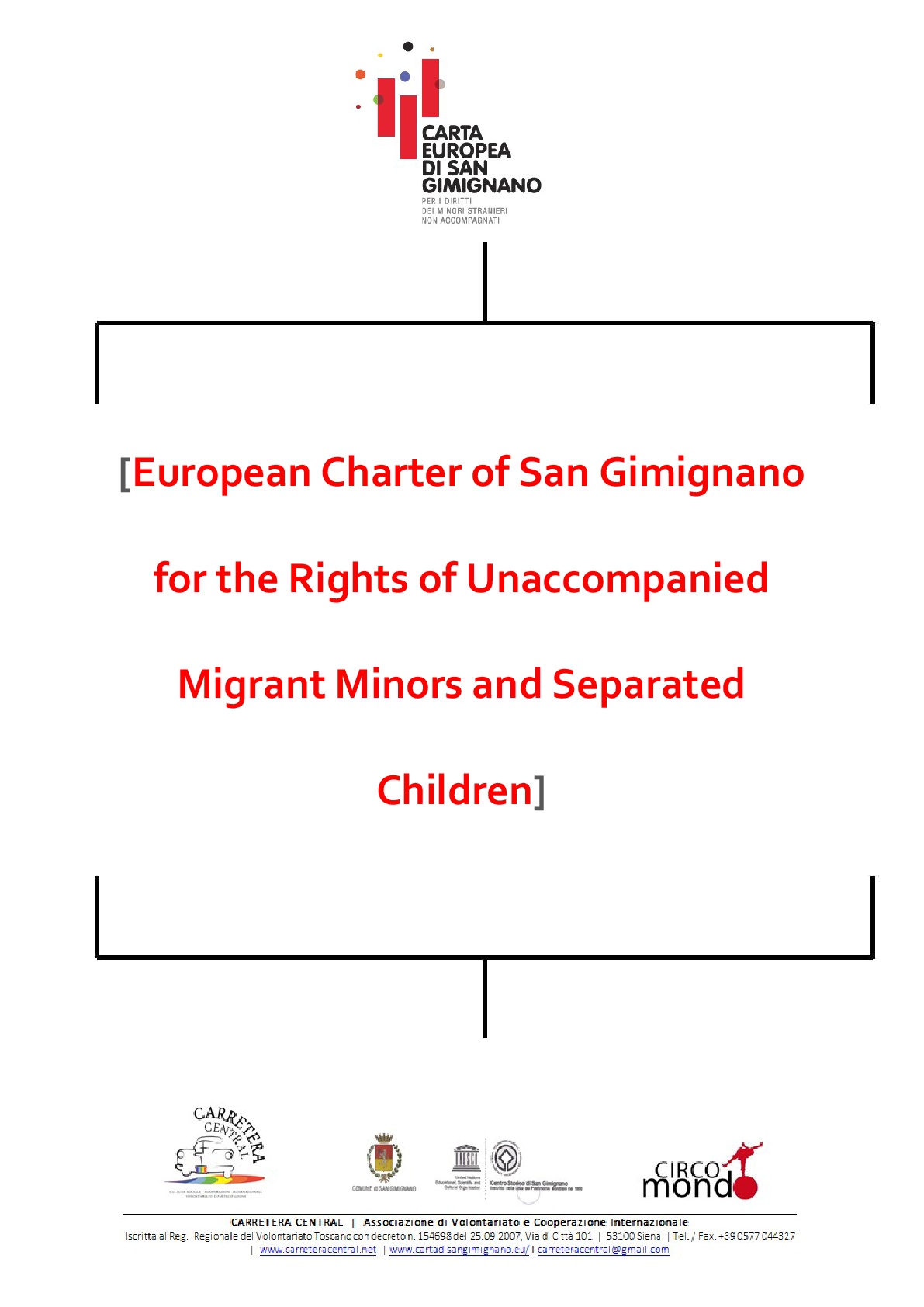 Workshop that given birth to the Charter