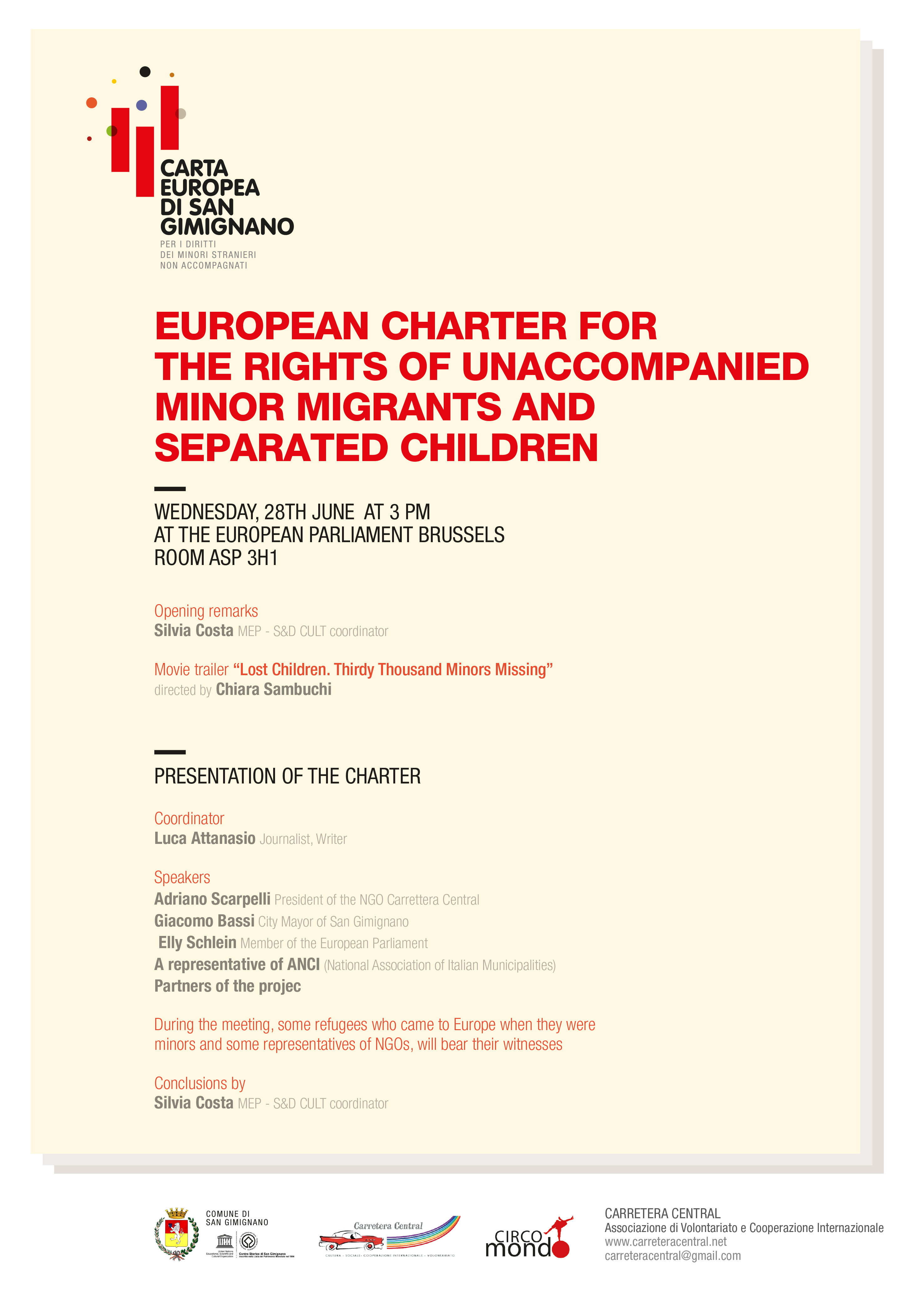 Members of the European Parliament met representatives from NGOs working in the field of children’s rights, including the IJJO, on June 28th in Brussels to discuss the issue of unaccompanied minors arriving in Italy.

The city mayor of San Gimignano described how this municipality is facing the arrival of unaccompanied minors, as a member of an association of Italian municipalities welcoming migrant children. He explained San Gimignano’s policies to integrate children in the city.

Six young refugees from Lebanon, Gambia, Albania and Afghanistan who were minors when they arrived in Italy were also present to testify about their experience across the Mediterranean route and their integration in the country. Most of them became social workers and now help migrant children arriving in Italy, in many aspects, such as their integration into the educational system.

Some examples of children facing hardships on their way to Europe were shared with the audience. For instance, a child from Gambia was imprisoned in Libya while he was working in order to pay his trip for entering Europe.

During this meeting, panellists presented the draft of the ‘European Charter of San Gimignano for the Rights of Unaccompanied Migrant Minors and Separated Children’. This charter has been drafted by Carretera Central, an Italian NGO of volunteers, in partnership with several associations specialised in the migrant minors’ care, with the patronage of the Commune of San Gimignano.

The idea of this charter comes from the conference ‘The conditions of refugee children in Italy and in the world and the migration routes followed by minors’ held in San Gimignano in June 2015, where experts in international cooperation launched a proposal for a European charter for the rights of unaccompanied minors.

On the basis of this draft charter, 47 Member States of the Council of Europe approved an ‘Action plan on protecting refugee and migrant children in Europe (2017–2019)’ during the Committee of Ministers Session.

This action plan includes nine proposals. Among them are for instance, the drafting of a European legislation on unaccompanied migrant minors, the deliverance of an automatic visa for them that would ensure a greater traceability and protection, and the creation of a European fund dedicated to the reception, support and protection of those vulnerable minors.

The meeting concluded with the presentation of the trailer for the movie ‘Lost Children. Thirty Thousand Minors Missing’. Its director, Chiara Sambuchi, explained how the film was made on the basis of her meetings with those children. She concluded by highlighting that unaccompanied minors of today are “the European citizens of tomorrow.”